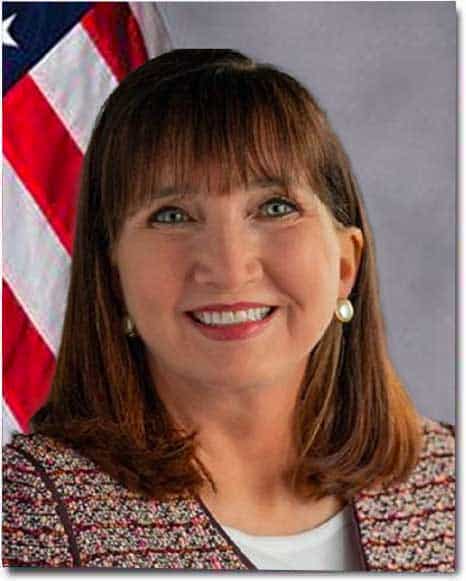 Most Recent Election: Jo Jorgensen was selected as the LP candidate despite not being the most popular candidate of the Libertarian Party primaries. This seems to have been intentional, reducing the impact of the LP in what the conservative offshoot predicted would be a close race for Trump. In the end, Jorgensen earned about 1.1% of the national popular vote, though her candidacy does seem to have swung the outcomes in several close state races.

Jo Jorgensen was the 2020 Libertarian Presidential candidate, joining Donald Trump and Joe Biden on the ballots in all 50 US states. However, if you were looking for Jo Jorgensen or other Libertarian election odds for 2020, you didn't find many, as the Libertarian Party is not competitive and no LP candidate has ever come close to winning an election for any federal government post.

For bettors, Jorgensen's impact on the odds boards was strictly as a spoiler. Libertarian candidates are often viewed as spoilers for Republicans, and this was the overarching context of the 2020 Jorgensen campaign.

However, regardless of Jorgensen’s chances, and regardless of whether or not you will see her in any meaningful capacity on any odds boards between now and the next Presidential election in 2024, it’s important to keep Jorgensen in mind, as this spoiler role could affect how you bet on certain swing states.

Jo Jorgensen 2020 election odds were few and far between, primarily because no third-party candidate has ever come close to winning a Presidential election. At +50000 or so, Jorgensen had the worst odds to win the November general election out of any featured candidate – even those not officially running for office!

Third-party candidates simply do not fare well at the federal level, with only a few states sending such reps to the US House of Representatives or the US Senate. They tend to do better at the local level, but even there, it’s always an uphill battle.

Notable third-party politicians at the federal level include people like Bernie Sanders (independent) and Rand Paul (Libertarian/Republican). Sanders was rejected as a Democratic Presidential candidate in 2016 and 2020, while Paul was bounced from the Republican Presidential primaries in 2016.

Libertarian Joanne Marie Jorgensen was born on May 1, 1957, in the appropriately named Libertyville, Illinois. She is a career political outsider, running as the Libertarian Party Vice Presidential Candidate in the 1996 Presidential election.

Before that, in 1992, Jorgensen was the Libertarian nominee for South Carolina’s 4th congressional district, receiving 2.2 percent of the popular vote. In 2020, Jorgensen became the first-ever female Libertarian Presidential candidate and earned around 1.2% of the national vote.

Educated at Baylor University, Jorgensen earned a BS in Psychology (1979) before receiving her MBA from Southern Methodist University. Following a long stint with IBM, she then earned her doctorate from Clemson in Industrial and Organized Psychology (2002). Jorgensen remains a full-time Senior Lecturer in Psychology at Clemson, is married with two daughters, and has a grandson.

When it comes to Jo Jorgensen’s views politically, she is a rank and file Libertarian, if there is such a thing. The following issues represent the foundations of Jorgensen’s views on politics and economics, and they make up the brunt of what she brings to the table.

If you’re interested in the Jo Jorgensen platform – and how her views may bleed votes from either side of the aisle – this short overview should help inform your Vegas political bets:

In all of the above ways, Jorgensen’s views are fairly standard for the party, taking far-right positions in the US political spectrum. However, she aligns with the radical left on the issue of border security, which may alienate voters.

Jorgensen also seems to have conflicting ideals when it comes to border security and foreign interventionism, as her platform appears to also support domestic interventionism, which is a chief duty of government in general.

With Jo Jorgensen, guns are also a campaign tentpole, as she opposes further restrictions and also opposes legislation to allow victims of gun violence to sue gun manufacturers. However, she is not for loosening existing unconstitutional restrictions, and thus polls badly with single-issue firearms rights voters.

In 2020, Jo Jorgensen did not poll well in any state, at least in terms of assessing her actual 2020 Vegas election odds. But the Jo Jorgensen 2020 polls weren't useful for helping you gauge her chances to win (because she had no chance to win), they were useful for helping you assess her chances of affecting the outcome of the general election in November between Donald Trump and Joe Biden.

The common calculus was that she would have a negative effect on Donald Trump’s reelection odds simply because the Libertarian Party aligns more with the GOP than the Democrats and would siphon more votes from the former than from the latter.

For the end run to the 2020 general, major Presidential polling outlets had the following numbers for Jorgensen support:

Why was Jo Jorgensen selected as the Libertarian candidate for 2020? Expand

Some critics claim that the Libertarian Party chose Jo Jorgensen due to her comparative lack of national name recognition over Libertarian primary winner Jacob Hornberger, who was considered more of a threat to Trump’s reelection.

Thus, the party appeared to want to minimize its siphoning of GOP votes, given the radical differences between the main party candidates for 2020.

For perspective, Hornberger won seven primaries to Jorgensen’s two, and he won nearly twice as many votes (20.36% to 11.23%). Indeed, Jorgensen fared only slightly better than satirical candidate Vermin Love Supreme (the guy with the beard and the boot on his head), who also won two contests and took 9.44% of the vote.

Who was Jo Jorgensen’s running mate in 2020? Expand

What was Jo Jorgensen’s campaign slogan in 2020? Expand

Some analysts viewed this as another nod to the Party’s attempt at mitigating its negative impact on Trump while remaining nationally relevant.

Is Jo Jorgensen on the ballot? Expand

In 2020, Jo Jorgensen had ballot access in all 50 states and in Washington, DC.

The final state to verify her was Rhode Island, which officially included Jorgensen on its ballot on September 8, 2020.

It is unknown who the LP candidate will be for 2024.

Technically, Jorgensen can become President because she's a natural born American citizen, is older than 35, and because the Libertarian Party generally has ballot access to more than the necessary 270 electoral votes needed to win the White House.

Of course, realistically, no, Jorgensen cannot become President in 2024 or ever.

For Vegas election bettors, she is strictly a variable for swing states that must be considered before placing your bets on state electoral odds.

Jo Jorgensen was not invited to participate in the 2020 Presidential debates, as she did not meet the polling criteria set forth by the Commission on Presidential Debates (CPD).

The CPD mandates that a Presidential candidate must garner a minimum of 15% support in five separate national polls in order to be invited.

Jorgensen, playing politics, blamed Donald Trump for this longstanding policy (which had been in effect since 2000), and she demanded that he “invite” her to participate. Of course, Trump lacked the authority to do so, given that the CPD is not a government agency and is a private non-profit organization.

How old is Jo Jorgensen? Expand

Yes, Jo Jorgensen is married, but her husband has stayed out of the spotlight for most of her career.

Jorgensen has two adult daughters and one grandson.

February 28, 2022 Comments Off on No Russia-Ukraine Odds? What Gives, Vegas Political Betting Sites?