While the demand for UK political betting isn’t as robust as that for American political odds, it’s actually the largest of the international election betting markets. The Vegas UK election odds offered by the sportsbooks we recommend here have all the intrigue you could ask for, and signing up with these operators is simple.

The lines on offer represent every element of UK election betting, with action on parliamentary elections, props and futures for the passage of various legislative initiatives, royal family odds, and more. Indeed, what really put British election betting on the map were all ye olde Brexit odds posted back in 2016. Outside of Donald Trump odds, those were the hottest lines going.

So stop faffing about and start pocketing some quid betting on UK election odds today. Just one word of advice: As infuriating as UK politics is, don’t bet when you’re pissed. A sober mind is always good for a bigger payout!

Is It Legal To Wager On UK Election Betting Odds?

Yes! If you live in the US, you can legally bet on UK politics online by using any reputable Vegas election betting site listed here. There are no USA federal gambling laws that bar election betting of any kind, provided you do so only at legitimate sportsbooks operating outside of US borders.

If you live in the UK, of course, political betting is a common practice at all nationally licensed sportsbooks in the country, though gamblers in the British Isles will often find much more favorable odds at the offshore sites we recommend.

Note: In America, residents of the state of Washington are barred from all forms of online gambling, even as the sites listed here all accept WA bettors. Nevertheless, we must recommend that all gamblers in Washington abide by their local gambling rules and regulations.

Most of the UK election odds you’ll find online have to do with the country’s 2024 parliamentary elections and various dramas in the House of Commons and the House of Lords (which are, for you Yanks out there, the UK equivalent of the US House of Representatives and the US Senate).

Legislation is initiated in the House of Commons, and whatever passes makes its way to the House of Lords. As such, the vast majority of British political betting lines focus on these two entities. Of course, you’ll also find political prop bets and political futures bets with things like Conservative leadership candidate odds, the next Labour leader odds, and suchlike.

Additionally, albeit less frequently, UK election betting focuses not only on activities in England, but on the local government goings-on of Wales, Scotland, and Northern Ireland. And while Ireland proper isn’t technically part of the UK, most Vegas political odds sites lump the sovereign nation in with the rest of its geographical neighbors.

As in America, UK elections are held roughly every four years. Usually, elections are scheduled on the first Thursday in May, taking place in the fifth year after the last general election. But there are mitigating factors, including the exact date of the previous election, whether or not the House of Commons is dissolved early via a two-thirds vote, and so on.

Keir Starmer to be Labour Leader at Next Election?

Overall Majority at Next General Election?

*In the UK, Liberal Democrats are effectively a third-party, and even as they enjoy a far bigger presence in Parliament than US independent parties have in Congress, they aren’t a threat to lead the nation with any sort of representative majority.

Any Party To Win Overall Majority At Next General Election

Boris Johnson To Be Conservative Leader At Next Election

Keir Starmer To Be Labour Leader At Next Election

Next World Leader To Be Slapped

The UK isn’t just a parliamentary democracy, it’s also a constitutional monarchy. However, for all intents and purposes, the British royals are celebrities that hold ceremonial clout but no real procedural influence within Parliament.

That being said, given the royal family’s overwhelming local and global popularity, it’s not uncommon to find British political odds that cover their activities, as well. 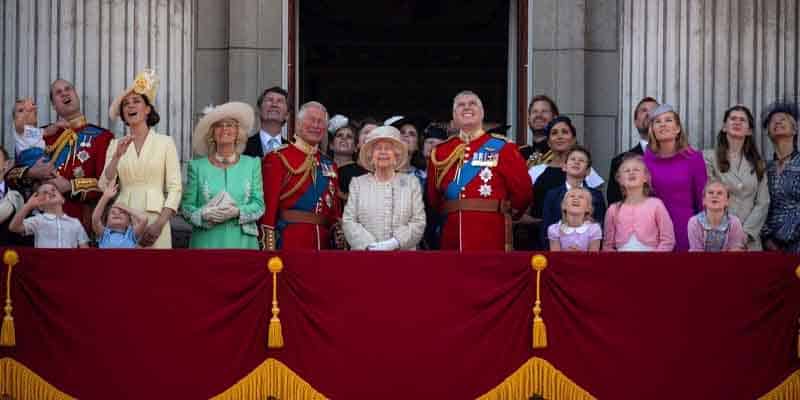 Prince Charles To Become King By 2025

Prince William To Become King By 2025

How To Bet On British Election Odds Online

The first step to successfully betting on UK politics online is that you damn well better understand the way things work in the dreary old homeland. While most American bettors are intimately familiar with US politics and the procedures thereof, the UK system is distinctly alien despite its surface similarities. In other words, do your research, mate!

Once you have a grasp of the United Kingdom political system, it’s easy peasy to sign up and start betting real money on UK elections, political props, futures bets, and royal family odds. Here’s all you need to do:

If you want the most convenient way to wager, you’re probably going to handle all your UK odds selections via mobile betting apps. Luckily, all the sites we recommend are customized to allow for true iPhone election betting and Android election betting without the need for native apps.

Everything works right through your browser, and no matter the make, model, or size of your smartphone or tablet, you’ll get a touchscreen-friendly app-like experience with no geo-fencing.

Whether you’re betting on UK general election odds and other items of intrigue in America or across the pond, as long as you have an Internet connection, you can make your voice heard. With the best gambling apps, UK politics odds are always in the palm of your hand!

If you’re wondering how British politics works – that is, how ye olde UK political system differs from the US system – there’s a lot to unpack.

The United Kingdom has some significant similarities to the republican (as opposed to Republican) system of American governance in that there are a host of elections for local, regional, and national posts.

Additionally, each constituent UK country – England, Scotland, Wales, and Northern Ireland – all have their “own” governments after a fashion, albeit England is the most powerful of the four, and all countries are beholden to English law.

Like the US, the UK national government has three branches: the legislative branch wot creates the law, the executive branch wot enforces the law (and asks if you’ve got a loicence for that), and the judicial branch wot upholds the law.

The legislative branch, called Parliament, is made up of two chambers: the House of Commons and the House of Lords.

The House of Commons is the “lower house” in Parliament and is roughly equivalent to the US House of Representatives, with the people electing the MPs (“Members of Parliament”).

The House of Lords is the equivalent of the US Senate, with the exception that those in the “upper chamber” are not elected and are instead appointed or born into the posts as powerful members of the aristocracy (i.e. “hereditary peers”).

The executive of the UK system is the Prime Minister (PM), who has a Cabinet akin to the US President’s advisory cabinet. The PM is typically selected from the party that currently has a plurality or outright majority in Parliament and serves at the pleasure of the monarch.

Of course, the UK isn’t just a democracy. It’s also a constitutional monarchy. However, the Crown – led by the monarch – doesn’t have a tremendous amount of public-facing political power and is viewed primarily as an influential cultural institution. By constitutional law, the monarch acts on the advice of the Prime Minister.

In another big divergence from America, the UK has far more political parties – that is, a large number of third-parties, as Yanks would call them – that wield actual influence.

The biggest British political parties today are the following (numbers current as of Q3 2021):

In general, the Conservative Party aligns with the Republican Party in America, though it’s more centre-right. Meanwhile, the Labour Party equates somewhat to the Democrat centre-left in the US.

The remaining parties run the gamut of more radical positions, though the SNP has no direct American analogue as it’s interested in issues re Scottish independence and other local initiatives unique to Scotland.

What type of government is the UK? Expand

Britain is primarily a democracy in the modern sense, though it also operates as a constitutional monarchy.

How does the UK government work? Expand

The UK government’s machinations are incredibly intricate, but the whole of the system works on the general premises of locally, regionally, and nationally elected governance.

Who is the UK Prime Minister? Expand

The current Prime Minister of the United Kingdom is Boris Johnson, disaffectionately known as “BoJo.”

Johnson has been called the “British Donald Trump,” but he’s not remotely as cool or principled as The Donald.

He can’t even get the combover right.

How is the Prime Minister elected? Expand

The British Prime Minister is not elected but is instead chosen by a vote of the MPs.

In most cases, the PM will be a member of the largest party in Parliament.

However, this isn’t always the case, as a coalition may occasionally arise to elevate a PM from amongst one of the smaller parties.

How many British Prime Ministers have there been? Expand

There have been 55 Prime Ministers in the UK’s history.

How many UK political parties are there? Expand

In the current iteration of British Parliament, there are 12 political parties that have at least one MP.

However, there are dozens if not hundreds of smaller parties that have no current UK representation at the national level.

What is the British Conservative Party? Expand

The British Conservatives are the largest party in the UK, and they roughly align with the American Republican Party, though there are tremendous cultural differences between the makeups of the two.

What is the British Labour Party? Expand

The LP is the equivalent of the United States’ Democratic Party.

However, their mainstream initiatives seem to be slightly less radical (in globalist terms) than the Progressive Left’s in America.

What is a Tory? Expand

A Tory, technically speaking, is anyone who espouses the philosophy of Toryism.

In general, however, modern UK Conservatives are still called “Tories,” which is true even if they don’t fully subscribe to the more historic ideals of the political belief system.

Is the UK a democracy? Expand

Of course, all democracies are different, and the British democratic system is quite distinct from the American version.

However, given that the UK government is largely seated according to popular vote at most levels (up to and including the House of Commons), it is technically a “proper” democracy.

Is the UK a monarchy? Expand

In addition to being a parliamentary democracy, the UK is also a constitutional monarchy.

Today, the monarch – currently Queen Something or Other – is largely viewed as a political figurehead and tends to defer to the wishes of Parliament on almost all matters of social, national, and international import.

When did the UK become a democracy? Expand

There is no concrete answer to this question, as the installation of British democracy didn’t happen overnight.

Many outlets reckon that the biggest changes in the furtherance of UK democracy came between 1851 and 1928, while historians claim that the first seeds were planted as early as 1215 with the signing of the Magna Carta.