Independent Candidates For The 2020 Presidential Election

For most of the 2020 Presidential election cycle, the focus has been on the Vegas odds for Democrats. After all, the popular incumbent is a Republican with no credible challengers, and after its epic failure in 2016, the Democratic Party fielded almost 30 candidates to help redefine what the DNC stands for today. Of course, that amounted to nothing much, because with Joe Biden being the presumptive nominee, “mainstream establishment” (aka vanilla) is the flavor the party prefers.

But there’s another party – or group of parties – to consider in the election: the Independents. In the US, there are hundreds of registered political parties, and while these are commonly all collectively referred to as “third parties,” they are also technically Independents (not to be confused with the American Independent Party, which is a distinct political entity).

Historically, third-party candidates don’t do very well on the national stage. Ross Perot was the last Independent to get more than 5% of the national popular vote, which he did in 1992 when he ran against Bill Clinton (D) and George H. W. Bush (R). Of course, the times, they are a-changin’, and if a third-party candidate has a snowball’s chance in Miami, it’s now or never. The same is true for bettors, so for the best possible payouts on these longshot candidates, make sure you check in at your favorite offshore betting sites frequently.

The only Independent to ever win the US Presidency is George Washington; however, his ideas aligned with the popular Federalist party. Today, politicians who fail to receive the Democratic or Republican nomination will often run as independent candidates. 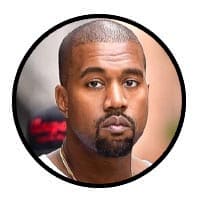 Kayne West announced his candidacy for the President of the United States on July 4th, 2020, via the popular social media platform Twitter. Even though Kayne missed the deadline to be included on the ballot in the first four states, he recently filed the paperwork and held his first rally in South Carolina.

Since the Democratic and Republican nomination has already been awarded, Kayne is likely to run as an Independent, but knowing Kayne anything is possible.

There are a few potential mainstream names that could show up in the Independent column for the 2020 Presidential election, and when they do, you can be sure they’ll be covered on the Vegas odds boards. Of course, this list is just our best guess, as nobody has formally announced a third-party bid yet. 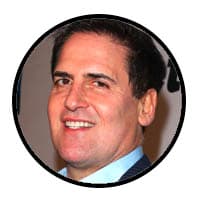 Billionaire owner of the Dallas Mavericks and star of TV’s Shark Tank, Mark Cuban recently told FOX News that he was “leaving the door open” to running for President in 2020. While Cuban said he would run as a Republican should he ever decide to jump in the shark tank, he would have an uphill climb defeating incumbent Donald Trump for the GOP nomination.

Cuban, whose policies are largely Democratic, could run for the DNC nom, but that also seems iffy. The most likely outcome would be for Cuban to run as a third-party candidate in an attempt to take away some of Trump’s centrist support and swing a few key states blue in the general. 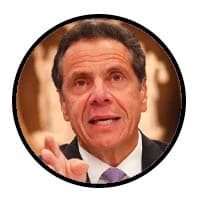 Governor of NY, Andrew Cuomo is enjoying a surge in popularity in his home state, thanks to his own media campaign in the face of the coronavirus pandemic. By sparring with the Trump administration on a daily basis, Cuomo’s national profile is the biggest is ever been.

And while he said he was not running for President, bettors – and sportsbooks – seem to think that means the opposite, as Cuomo betting odds went up immediately thereafter. Currently, he is favored right behind Biden to earn the DNC nomination, but he could run third party – or threaten to do so – if he felt like it would help defeat Trump. 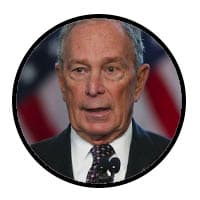 Michael Bloomberg spent some $600 million on his short 2020 campaign, and he’s publicly stated that he won’t run on any third-party ticket. However, he’s also well-known for wanting Trump out of office, and an Independent run could help accomplish that.

As a Democrat, Bloomberg might cannibalize the wrong voting bloc, but remember – He was a Republican earlier in life and has mostly centrist policies. As such, he could pull Trump voters from the middle on behalf of the DNC. 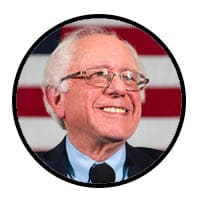 Bernie Sanders, the Independent Senator from Vermont, was the front-runner to win the Democratic nomination for most of the cycle, but his campaign fell apart after Super Tuesday, and he dropped out shortly thereafter.

Sanders promised not to run as a 2020 Independent candidate, and he even endorsed Joe Biden. However, the coronavirus situation is changing things, and Biden’s campaign doesn’t look good. With all that, Bernie might feel the burn to run third-party. 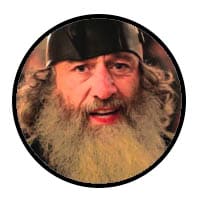 As an honorable mention, we’re including Vermin Love Supreme here for a few reasons. One, he’s run for President in the last five elections (2004, 2008, 2012, 2016, 2020). Two, of the multitudes of Independents out there, Supreme has the biggest name. You’ve probably even seen him on TV: He’s the old dude with the big white beard and the rubber boot on his head.

Finally, Supreme’s political platform is something we can all get behind, like zombie apocalypse awareness, time travel research, and mandated tooth brushing. He also promises a free pony for every American.

Right now, you won’t find any Vegas odds on third-party candidates simply because these candidates have yet to announce their official runs. In most cases, the existing major third parties (like the Libertarian Party or the Green Party) are still holding their own primary elections, and until a Presidential candidate emerges from each, sportsbooks won’t touch it.

Even then, you’re only likely to see action for two or three Independent Presidential candidates for the November general, simply because most won’t even be featured on state ballots. When the best offshore betting sites update their Vegas-style odds boards with third-party nominees, this page will be updated accordingly.

There are lots of third parties in the US political sphere – far too many to include here. However, the biggest of these parties will have 2020 Presidential candidates on some states’ ballots, and they will also be eligible as write-ins regardless of which state you’re voting in. The following third-party candidates are likely to show up on the ballot in at least a few states come November:

No Party Affiliation Vs. Independent

They usually do, but only very near election time. For most of the cycle, you will not find third-party betting odds at any reputable offshore bookmaker, simply because there are too many unknowns to deal with in that very deep market. However, when you do find the odds finally posted, you can expect every Independent to be a ridiculous longshot.

Most of the time, bettors won’t wager on such candidates, but 2020 is shaping up to be an even more aberrant election year than 2016, which didn’t seem possible. All bets are off, which means all bets are on!

Why don’t Vegas sportsbooks have odds for Independent candidates? Expand

You won’t find third-party Vegas odds on politics – or any other political betting lines, for that matter – in Las Vegas itself. While Vegas sportsbooks will post election betting odds during major cycles, they do so on a purely hypothetical basis. These odds act as mere advertisements for their normal sportsbook services, however, and bettors who want to wager real money on real elections can only do so at offshore betting sites.

What is a third-party candidate? Expand

A third-party candidate, or Independent candidate, is anyone running for office under a banner other than Republican or Democrat. These types of candidates are more common – and do better – at the county election level, but they rarely perform well at the state level or above. Of course, that just means that you’ll always get huge potential payouts when you wager on them.

This is a much-debated question in political circles, and it depends on your perspective. On one hand, the EC discourages Independents from running because the system favors the mainstream. Today, and for the last 100 years or so, that’s Democrats and Republicans.

That said, one can argue that the electoral college favors third-partiers because it allows them to play spoiler. No Independent candidate ever honestly thought they had a chance to win (with the possible exceptions of Teddy Roosevelt in 1912 and George Wallace in 1968), but they typically get on the ballot in a concerted effort to assist one of the two main parties by cannibalizing votes in key swing states.

Certainly. There is no rule that the President can only be elected from the Democratic or Republican parties. In fact, any natural-born American over the age of 35 years old can run for POTUS on any platform.

Technically speaking, every Presidential election cycle, there are thousands of Americans who declare their candidacies and simply aren’t able to meet the general election ballot requirements. Some of these candidates focus exclusively on write-ins as a result.

How many Independent party Presidents have there been? Expand

One, if you count George Washington.

While Washington, the nation’s first President, ran as an independent, he was mostly aligned with the Federalist Party, and because all political parties were so nascent at that time of the country’s first two elections, it is widely acknowledged that no party was a real third party by today’s standards. They were all equally new and untested, in other words.

Other than Washington, the closest a true Independent ever came to being elected President was Teddy Roosevelt in 1912, when he led his Progressive Party over the Republican Party in the general, but still lost to Woodrow Wilson’s Democratic Party.

For better or for worse – and usually the latter – the US political system is effectively bifurcated into two political parties with common opposing beliefs. There are subgroups within those parties, certainly, but this is simply the nature of the beast. It has two backs, and it’s not pretty.

So when a third-party candidate runs for President, he or she is running against a well-oiled machine. The best an Independent can usually hope to do is throw a bit of a monkey wrench into the gears, but that’s it. Still, after Trump won in 2016, anything is possible.

Did third-party candidates cost Hillary Clinton the election in 2016? Expand

It is sometimes estimated that third-party candidates cost Clinton the 2016 election to Donald Trump. However, this is not borne out by the numbers.

The Green Party – which is the Independent party that traditionally takes votes away from Democratic candidates, was on the ballot for 480 out of 538 electoral votes and got 1.07% of the popular vote.

Meanwhile, the Libertarian ticket – which siphons votes from the GOP – was on all 538 electoral ballots and got 3.28% of the popular vote. Thus, third parties actually aided the Clinton campaign if they had any effect at all.

What are the main Independent party beliefs? Expand

There is no one set of Independent party beliefs, which is why bettors need to research each potential Independent candidate before wagering. With any political party that is neither Democrat nor Republican qualifying as Independent, one group may be the polar opposite of the other, from anarchists and socialists to transhumanists and Biblical fundamentalists. All these parties are Independent, and they are all vastly different.

What is the American Independent Party? Expand

While Independent means “third party” in the modern political parlance, there is actually an American Independent Party (AIP), which has recently been rebranded as the Independent American Party (IAP).

This party was launched in 1967 for George Wallace’s 1968 Presidential run, and Wallace actually won five states in the general. However, the party quickly faded into irrelevancy, and there doesn’t appear to be an AIP/IAP candidate on any potential 2020 ballot at this time.

August 10, 2020 Comments Off on Trump Election Odds Surge On Wacky Week In Politics