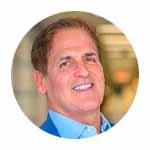 Mark Cuban is a well-known American businessman, entrepreneur, TV personality, and owner of the NBA’s Dallas Mavericks franchise. With a background in private enterprise and no political experience, Cuban would not have been a very credible candidate on any Vegas politics betting board in the past.

However, after Donald Trump came from a non-political background to upset Hillary Clinton in the 2016 election, Cuban’s “type” might be taken more seriously now than ever before. The rules, after all, have changed.

Of course, Mark Cuban is in an interesting spot for the 2024 election, as you won’t find him among the Vegas Democratic Candidate odds, since he has no known party affiliation. You will you find him on the main Presidential odds boards, however, trending right at the middle of the pack.

If Cuban decides to run for POTUS, nobody really knows which party he’d join. Still, if you think he could jump in and grab either main party nom – or mount the world’s first successful third-party or independent Presidential bid – you can make a lot of money investing in Mark Cuban right now at any reputable offshore sportsbook offering Vegas election betting options.

Is It Legal To Bet On Mark Cuban For President In Vegas?

It is legal to wager on Mark Cuban for POTUS, but only if you use an offshore betting site. While you will see Vegas election odds advertised frequently in the mainstream media, Nevada doesn’t actually allow political or entertainment betting, and sportsbooks there simply release these odds as advertising gimmicks to attract traditional sports bettors.

Offshore books, however, offer political odds year-round, and you can win real money betting on all the politicians who are out to take yours!

The federal government has no laws barring online betting on politics, and the only state that says anything at all about online gambling in general is WA (which doesn’t even bother to enforce its bans). If you live anywhere else in the US, it is safe and legal to wager on elections and Vegas political props online.

How To Bet On Mark Cuban To Win The 2024 Election

If you're going to bet on Mark Cuban's Vegas Presidential election odds, the first thing you’ll need to do is find a sportsbook offering action on the celebrity billionaire. But remember, you won't find any with Las Vegas bookies. Right now, only a few overseas books have lines posted, but more are sure to offer Cuban odds in the future.

To place a real-money wager on Cuban for POTUS – or anything else in politics – you just need to sign up at a site listed here by following these steps:

Mark Cuban was born in Pittsburgh, PA, on June 31, 1958, to a Jewish family. In fact, Cuban’s grandfather changed the family name to Cuban from Chabenisky after emigrating to the US from Russia, and Cuban is ethnically Jewish on both sides of his family.

With an early interest in business, Cuban opted to forego his final year of high school to enroll in the University of Pittsburgh, where he joined the Phi Lambda Phi fraternity. After a year, Cuban transferred to Indiana University, where he earned a BS in Management from the Kelley School of Business in 1981.

Out of college, Cuban moved to Dallas, TX, in 1982, working as a bartender and then a software salesman. Cuban started MicroSolutions, a software reseller, during this time, eventually selling it to CompuServ for $6 million.

After that, in 1995, Cuban and a pair of partners started a company called Audionet, which focused on webcasting. This morphed into Broadcast.com in 1998, and in 1999 – during the “dot com boom,” Yahoo bought the brand for $5.7 billion.

Cuban took that money and immediately purchased the Dallas Mavericks, as owning an NBA team was a lifelong dream. Since then, Cuban has been involved not just in the NBA, but in a number of production ventures, the most famous of which being “Shark Tank,” the long-running reality TV series on ABC.

Mark Cuban has no political experience at the governmental level, but it is undeniable that he is an expert politician in the private sector. Much like Donald Trump, this could be a positive boon in the otherwise nakedly duplicitous world of governance, and it may attract many voters to Cuban should he actually run for office.

Trump proved that traditional political experience didn’t matter for a successful Presidential campaign, and Cuban could use that model himself. And even though Trump Vegas odds back then showed that he was a big underdog against Hillary in 2016, the books and bettors have definitely learned their lessons.

Cuban’s political positions seemingly run the gamut. He models himself as an Ayn Rand-esque libertarian, but he also believes in raising taxes and revising the Second Amendment to allow states to ban the ownership and use of firearms.

In 2017, Cuban stated that if ever ran for President, it would be as a Republican, but his ideas seem quite in line with modern Democrat platforms, as well. More than anything, Cuban seems to be a centrist that could take on the mantle of either party.

For 2024, this puts Cuban in a curious position should he decide to run. He may be too rightwing for the modern radical Democrat establishment, and he may be too leftwing for the generally centrist GOP.

Is Mark Cuban running for President in 2024? Expand

At this time, Mark Cuban has not announced his candidacy for President in 2024.

Vegas-style betting lines have been popping up ever since that disclosure, and we don't expect them to go away any time soon.

Is Mark Cuban a Republican? Expand

Cuban in 2017 stated that if he ran for the highest office in the land, it would be as a Republican, but that doesn’t mean much. After all, Bernie Sanders ran as a Democrat, and he’s a career socialist independent.

As of right now, Cuban is not on any Vegas Republican candidate boards.

Is Mark Cuban a Democrat? Expand

Many of Cuban's stated policies or political beliefs seem to align with the center-left, including his stance on big government programs, firearms, and other issues.

He could run as a Democrat if he wanted to, but again, the Vegas odds haven't put him into the DNC candidate category.

Most people assume he is a Republican, but he publicly supported Hillary Clinton in 2016.

Perhaps the best description of Cuban’s politics is that they are “fluid.”

What nationality is Mark Cuban? Expand

Mark Cuban is ethnically Russian and Romanian, as well as Jewish.

But he was born in the US, so he’s American through and through.

Is Mark Cuban from Cuba? Expand

Despite his last name, Cuban is from America with European roots.

Where is Mark Cuban from? Expand

Mark Cuban was born in Pittsburgh, PA, and grew up in the suburb of Mount Lebanon.

Ethnically, he is. But it is not clear if Cuban is a practitioner of the religion himself.

How much is Mark Cuban worth? Expand

Mark Cuban's net worth is calculated to be in the neighborhood of $4.4 billion.

More than half of this comes from the valuation of his Dallas Mavericks NBA franchise, which is worth north of $2.45 billion.

How old is Mark Cuban? Expand

With a July birthday, if he ran for President in 2024 and won, he would take office at the age of 66.

How Tall is Mark Cuban? Expand

Sorry ladies, but yes, he is!

Mark Cuban has been married to Tiffany Stewart since 2002, and they have three children together.

Where does Mark Cuban live? Expand

Mark Cuban owns several properties around the country, but his formal place of residence is Dallas, TX.

Did Mark Cuban have a stroke? Expand

In 2019, Mark Cuban missed a filming session of Shark Tank for medical reasons, and rumors started to circulate that he had a stroke.

However, he simply underwent an atrial fibrillation treatment to reduce the risk of heart attack and stroke in the future, which is a common issue for people with AFib.