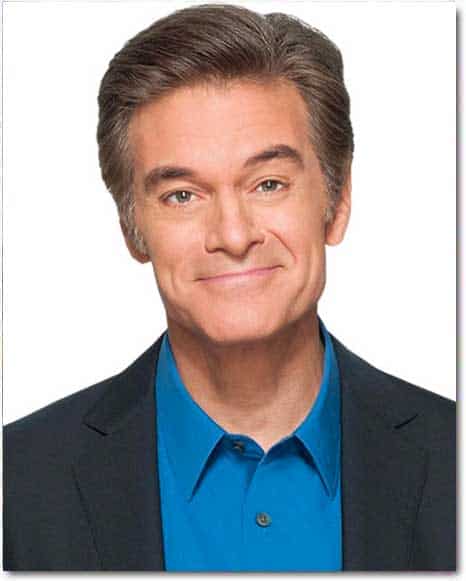 Dr. Mehmet Cengiz Oz – better known as TV’s “Dr. Oz” – is running as a US Senate candidate in the state of Pennsylvania. The seat up for grabs – currently held by Republican Pat Toomey – is considered a possible pickup for the Democrats, so it’s a must-have for the GOP as it tries to retake the upper chamber. Luckily for the right, Dr. Oz’ Senate odds are at the top of the pack, giving the Republicans a solid edge at the best Vegas election betting sites.

Of all the famous Dr. Oz recipes out there, the one he’s cooked up to win the Pennsylvania Senate race in 2022 might be his most effective plan yet. It’s the right time in the right climate – particularly for a traditional surgeon turned alternative medicine man – to take the reins. With President Donald Trump’s endorsement, Dr. Oz for Senate isn’t a pipedream.

That’s right, this ain’t no “Yellow Brick Road.” So tap your heels together on some Dr. Oz odds at the online betting sites we recommend, because the information superhighway is all you need to win big this election season!

Dr. Oz Chances For Election To The US Senate In 2022

It may have been a shock to hear that Mehmet Oz – made famous for his entertaining daytime TV program – recently announced his bid to run for Senate in Pennsylvania. But if you think about it, it actually makes a lot of sense.

Current PA Sen. Pat Toomey (R) is retiring for some reason, and there’s speculation that the outgoing Senator could make a run for Pennsylvania Governor (though there are no Vegas 2022 Gubernatorial odds to that effect just yet). But somebody will need to fill his seat, and the GOP needs a popular person to do it.

Remember, this seat is crucial for the Republican Party to maintain, as the GOP is trying to overtake the Democrats in the upper chamber (which, incidentally, is exactly what the current 2022 Senate odds indicate is the most likely outcome – by a mile).

At first blush, it might seem odd that a political newcomer would be the betting favorite on the right in such a situation, but that’s exactly what’s happened. Within hours of announcing his PA Senate bid, Dr. Mehmet Oz odds were trending atop the betting boards, easily ahead of all other potential candidates.

In the time since his announcement, Dr. Oz’ chances have slipped a bit at BetOnline AG, but he’s still on top at Bovada. As such, make sure you shop lines between these sites to get the most bang for your buck, as line shopping is the classic online betting prescription for success!

Is It Legal To Bet On Dr. Oz For Senate?

Yes! If you want to bet on Dr. Oz’ chances to win in 2022, you can legally do so – but only at the reputable online sportsbooks, we recommend. US-based sportsbooks can’t accept political bets of any kind, nor can they accept entertainment odds or current event odds.

That’s why you’ll not only miss out on Dr. Oz election odds at domestic betting venues, but you won’t be able to bet on The Dr. Oz Show or find any Dr. Oz Emmy odds at USA sportsbooks, either.

However, if you use a legitimate offshore sportsbook operating legally within the industry, you can easily bet on the 2022 Dr. Oz Senate election in PA, as you can on all the other Vegas political futures, election prop bets, and more.

How To Bet On Dr. Oz For Senate

If you want to bet on Dr. Oz’ chances to be elected Senator in Pennsylvania, you can do so at any Vegas online political sportsbook featured here. Plus, it’s really easy. There’s no risk when joining a reputable sportsbook, so you don’t have to put it all on the line and “be a man” or any such nonsense like that.

(Of course, when it comes to politics if you want some real Dr. Oz male enhancement advice, we already know what he’d tell you: The only way to grow a pair is to embrace MAGA and tell the cancel mob – and the crummy domestic non-political betting sites – to stuff it!)

Here’s the who process:

While Dr. Oz has never run for public office, he does have something of a political career. That’s because Oz was appointed to the President’s Council on Sports, Fitness, and Nutrition back in 2018 under The Donald himself. On top of that – and like so many top-level politicos in the United States – Dr. Oz is a Harvard graduate.

Indeed, of all the cancer-fighting supplements Dr. Oz recommends, the best one for eradicating the disease of modern American politics may be more holistic than you thought. And Dr. Oz might just have the answer – at least in the Keystone State.

Dr. Mehmet Cengiz Oz was born in Cleveland, Ohio, on June 11, 1968, to Turkish immigrant parents. His father’s side of the family are devout Islam devotees, while his mother’s side are more secular Muslims. Oz himself – in a rarity for GOP political candidates in America – is a Muslim himself, and he’s said that he is generally influenced by the Islamic mysticism of the Sufis.

Oz also claims to practice transcendental meditation (which, we might add, is a total necessity for all conservatives who make their living in Hollywood).

Post-college, Oz pursued a career in surgery, following in his father’s footsteps. He was lauded during his residence at Columbia University, and he helped invent and develop several medical devices and procedures relating to cardiothoracic surgery. Oz has been a professor at Columbia’s Department of Surgery since 2001.

In the 2000s, Oz appeared on The Oprah Winfrey Show over five seasons as the program’s in-house health expert, and in 2009, Winfrey’s Harpo Productions imprint offered him his own show. Thus, The Dr. Oz Show was born, and it’s been a hit ever since.

Of course, given that Oz is a Republican and doesn’t always tout Big Pharma, the left has accused him of being a charlatan and a fraud engaged in actively damaging the reputation of medicine worldwide. (Somebody should tell these Nannyists™ that all that salt is bad for their blood pressure.)

If you’re wondering about Dr. Oz’ politics in general or the specific Dr. Oz political policies that could be implemented or supported if he’s elected to the Senate, there’s not a whole lot to go on.

Oz is certainly not MAGA like Trump or MAGA-Lite like Ron DeSantis, but he’s an unapologetic conservative in an industry where that’s incredibly challenging. Oz describes himself as a “moderate Republican,” although he doesn’t seem to be a RINO. Yet.

What Happened To The Dr. Oz Show?

Buckle up, because it’s a doozy: Dr. Oz episodes are being pulled off the air in and around PA cities because the networks claim that airing his popular TV show would violate the state’s “equal time” law. (Maybe that’s why Donald Trump was edited out of Home Alone 2, if the history revisionists care to explain themselves.)

But let’s be real: If Matthew McConaughey runs for TX Governor, do you really think TV networks and movie houses throughout the state would refuse to air his films? If Dwayne “The Rock” Johnson runs for President, will every broadcast company in America ban his Fast & Furious movies? Would local theaters be forced to decline screening his new movies?

Ultimately, this “interpretation” of the law is total nonsense – unless Dr. Oz were to actually campaign on his show. And since the show is pre-taped, there’s no risk of that ever happening publicly.

As it stands right now, this is just the leftist media excusing blatant censorship of a conservative political rival. More censorship, more cancelling, and more cowardice. Fittingly, the good doctor talks about this very thing in the editorial announcing his US Senate bid.

Back when the GOAT was running for President in 2016, he sat down for a friendly back-and-forth with Dr. Oz on The Dr. Oz Show.

The Dr. Oz interview with Donald Trump was remarkable in many ways, serving to humanize Trump in ways no other potential Presidential candidates would be willing to allow. He didn’t eat well, he didn’t exercise much, he was somewhat overweight, and he was pretty open about it all.

Seriously, just contrast Trump with somebody like “President” Joe Biden. Biden’s health fell off a cliff a lifetime ago, yet he still pretends – when the cameras are rolling – to be a real person signing real executive orders in the very real and not at all fake Oval Office that definitely isn’t a movie set.

Do that, and you’ll see how disruptive Trump was and continues to be.

If Dr. Oz follows in Trump’s footsteps with this kind of candor and honesty, he’ll be a force on the Vegas betting boards right up until Election Day 2022. And after that, it’s very likely that he’ll be a force in the US Senate.

Below, you can view a clip of Trump on The Dr. Oz Show, with the full interview here.

Tuesday Primaries: Plenty Of Trump Endorsements But No Betting Odds

June 6, 2022 Comments Off on Tuesday Primaries: Plenty Of Trump Endorsements But No Betting Odds