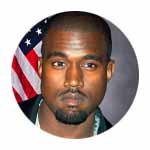 Due to the emergence and eventual election of current President, Donald J. Trump in 2016, voters in the United States must accept the 2024 presidential candidates that enter the political fray with serious consideration. On Independence Day in 2020, for example, Kanye West announced his intentions to run for President, and he immediately appeared on the boards at political sportsbooks despite the fact that he had not filed any paperwork that would allow him onto the ballot. He followed through and applied as an Independent Presidential candidate (the Birthday Party, LOL) and appears to be preparing for a serious run in 2024.

Our guide to Kanye West’s Vegas election odds will inform potential political bettors of what his chances are in 2024. We’ll also detail the best places on the net to place a wager on West and what his administration could look like if he were to win. Most importantly, our guide will discuss the best legal options for placing a bet on political election outcomes.

Odds for Presidential hopefuls like Kanye West are presented in moneyline form. Although West is currently in the middle of the pack per the Vegas odds for the 2024 Presidential election, converting his chances into actual probabilities reveals that he has less than a 2% chance of winning. And if Donald Trump mounts another run the next time around, Kayne odds could pay out even more handsomely if you bet on futures at the right time.

Is It Legal To Bet On Kanye West Odds?

Yes, it is legal to wager on Kanye West’s Vegas odds of becoming President in 2024, but bettors will have to do so at an international sportsbook operating online and outside of US jurisdiction. That’s because Las Vegas betting sites do not accept wagers on the political odds they provide (which are merely marketing gimmicks for their standard sportsbooks), and all other domestic sportsbooks have followed suit.

Due to the fact that state and federal gambling laws do not detail wagering with a sportsbook that is operating outside of United States borders, bettors are not breaking any laws when laying some action on Presidential hopefuls at these sites.

Washington has passed legislation forbidding all online gambling, but there have yet to be any fines or arrests for that "crime" in the state. The political sportsbooks we recommend accept members from WA, so make sure to read through all regional gambling laws and the terms of betting site membership prior to placing any wagers.

How To Bet On Kanye West Odds

Although Las Vegas has long been a solid indicator of Presidential winners with the odds that they provide, traditionally, domestic sportsbooks have not accepted wagers on them. The best option for US-based bettors to place a wager on political election outcomes is with an offshore sportsbook operating online. Placing a wager with an online betting site requires membership, which we detail below.

Kanye West started out as a music producer after dropping out of college at the age of 20. After a few years in that role, he decided to make a solo hip hop album titled “College Dropout.” The success of the LP was enormous, and he followed it with several more popular albums and industry awards.

West parlayed his achievements as a music artist into becoming a fashion model and shoe/apparel designer, creating the company Yeezy, LLC. Many in the USA probably first heard of West after he interrupted Taylor Swift’s acceptance speech at the MTV Video Music Awards in 2009. He cemented his fame by marrying one of the most recognizable women on the planet, Kim Kardashian, in 2014. The couple divorced in 2021.

Much like Donald Trump did in 2015, Kanye West entered the 2020 Presidential election race without any prior political experience. Also, like Trump, West is a billionaire who made his fortune through real estate investments and money received from the entertainment industry.

Anything is possible in the political climate of 2021 and beyond, so West’s potential 2024 candidacy is being taken seriously, although many think that it is either for the purposes of promoting his art and fashion company or to split the black vote in an attempt to aid the GOP. West has stated that he is a member of the Birthday Party (BDY), a new political party of which he seems to be the originator and leader.

What Are Kanye West’s Political Policies?

West has yet to declare the direction his 2024 campaign will take, but after donating $2 million to the college education of George Floyd’s daughter in 2020, police reform will likely be on his agenda.

Kanye has expressed a desire for the production of goods and the manufacturing industry to return to the United States. Many of those jobs went to China and he has opposed that in the past.

Much of Ye's music is on the topic of Jesus and Christianity. Although he does not belong to a religious denomination, his campaign could focus on spirituality in some form.

West is opposed to the military campaigns that the USA has been involved in over the past 30+ years, so he could favor the reduction of US foreign policy influence, which could also translate into reducing funding for the American military.

The media mogul has made many statements that suggest that his regime could support a nationalistic, America-first stance on many fronts. However, when it comes to the world of sports, he has expressed interest in open border competitions that will allow the best athletes in the globe to exist in the same leagues.

Finally, West is outspokenly pro-gun and pro-life, both of which are traditional Republican stances.

Is Kanye West running for President in 2024? Expand

In 2020, Kanye announced his intentions to run for President of the United States via Twitter on July 4, using #VISION2020 as a potential campaign slogan. His candidacy was met with scrutiny across the board, with some thinking he was trying to split the black vote to aid in Trump’s reelection.

Wets is officially filed as an Independent candidate (Birthday Party), though he has not yet declared whether he'll be running for the White House in 2024. Most Vegas odds boards feature him prominently, however, so you can bet on his Presidential futures right now!

What political party does Kanye West belong to? Expand

West's political party, which he created, is called the Birthday Party (BDY).

How old is Kanye West? Expand

If West were elected to the office of US President in 2024, he would be 47 years of age upon his inauguration.

West showed support for Trump since his campaign in 2015, and as recently as May of 2020.

Following the Black Lives Matters protests in the wake of the death of George Floyd, West somewhat cryptically rescinded his full support for Trump.

It is unclear if West supports the current Biden administration.

What is Kanye West’s net worth? Expand

A recent estimate of West’s net worth was at $2 billion.

How tall is Kanye West? Expand

West is significantly shorter than he appears on camera. He stands at 5’8” tall, which is short by American male standards.

Where does Kanye West live? Expand

West has several real estate investments across the country but splits his main residences between Los Angeles, CA, and Chicago, IL. He has been living at his two Wyoming ranches more and more often of late, however.

Where was Kanye West born? Expand

West was born in Douglasville, GA. When he was three years old, he moved to Chicago with his mother. He spent part of his youth in China while his mother taught school there, but he returned to Chicago to pursue a college education.

Is Kanye West a billionaire? Expand

Yes. Kanye West is currently worth about $2 billion.

Who is Kanye West married to? Expand

In 2014, Kanye West married reality television star, fashion designer, and fellow billionaire Kim Kardashian. The two have four children together, but they filed for divorce in 2021.

No, West did not buy Dollywood, the Pigeon Forge, TN, theme park.

West’s alleged purchase of Dollywood was an April Fool’s Day joke that was presented on the theme park’s website in 2019.